Dear contestants and voters! We are resolving caching issues with our host provider and, therefore, experiencing issues in delaying votes displayed under your stores. VOTES ARE GETTING RECORDED IN THE BACKEND AND ARE DISPLAYED WITH DELAY ONLY! Apologies for the inconvenience; we are doing our best to address this issue. 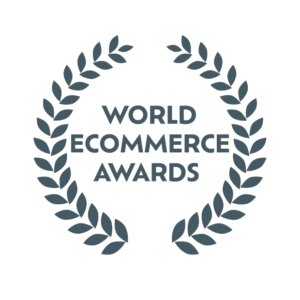 Please read these rules (the Rules) before submitting your store(s) to World eCommerce Awards' Public Vote contest. By participating in the contest, you understand, acknowledge and unconditionally agree to abide by the following Rules:

How to Enter Competition

2. Every nomination is subject to a moderation process before it becomes visible on the contest page to maintain the quality of entries. Due to the high volume of nominations, this process can take several days, so please be patient. Our team will email you the nomination acceptance link once the nomination is accepted.

1. Public vote contest is open for stores nominated on World eCommerce Awards website only; each submission is subject to approval by World eCommerce Awards team.
2. Submissions will be accepted once the deadline lapses for individual seasons, but voting will be disabled by the time the next season's public vote starts (Summer or Winter edition). Voting will be closed for Winter 2022/2023 World eCommerce Edition on 12th March, 2023.
3. All votes for stores in the respective season will be cleared once public vote winners are announced at the end of each season. Submissions can again be promoted for voting at the beginning of the following season.
4. Top 50 stores will remain published in the top ranking for each season and will be available on a specific page on WorldeCommerceAwards.com.
5. World eCommerce Awards reserves the right to assess and disregard any submitted store nomination at our discretion. Especially stores with identified multi-IP voting, utilizing bots automation or external services to artificially increase the number of votes.
6. All guest votes must be confirmed and validated by email to restrict duplicated voting.
7. Stores and content depicting or containing inappropriate or offensive materials, including explicit nudity, violence, human rights abuses, and environmental degradation, are not allowed and will be immediately removed.
8. A participant who submits any such store to Public vote may be permanently banned, subject to World eCommerce Directory's discretion, from participating in any future contests.
9. Published stores now willing to participate anymore in the Public vote competition can contact our team to remove their entry via the contact form: https://worldecommerceawards.com/contact.

PUBLICITY AND PROMOTION
Winners will be promoted through World e-Commerce Award global media channels and newsletters.

RECOGNITION
Winners will get better recognition globally to attract new customers and business opportunities. Moreover, winners will get a winners badge to be used on the website or social media as proof of recognition.

ALUMNI FOREVER VIP CLUB
As a part of Alumni VIP, winners will get various benefits. Our team is periodically adding new benefits alumni can profit from for free.